SEW for SOS sews positive pillows with kind and inspirational messages inside for individuals who are going through rough times.

By Luke Tyson and Deven Pandya

from 1 supporters in 31 days

SEW for SOS is an innovative initiative going on in the Reed - Gumenick Library (Collegiate School) in Richmond, VA that allows students to spend their recess periods sewing miniature pillows with positive and uplifting messages inside. We send these pillows to hospital patients, victims of depression, war veterans, and others who need a little bit more happiness in their lives.

Carolyn LaMontagne is the Head Librarian in the Reed-Gumenick Library and enjoys tinkering and playing with electronics. She is an experienced sewer, and her inventive disposition shows in everything that she creates. For example, Carolyn is known for her light - up pillows -- they are a hit amongst the students. She loves to read and can always be counted on to recommend a good book.

Luke and Deven met at a chess camp during the summer before Luke came to Collegiate. He was one of the first students that Luke met at what was to be his new school. However, what really brought them closer together was the partnership that they shared while creating the SEW for SOS website, and they have been best friends ever since.

Luke had known Mrs. LaMontagne before the start of SEW for SOS, but what really amazed him was her enthusiasm about the project. Luke says that told her about it when it was merely an idea, and rather than saying, “You’re 12 years old, you can’t do that.” she said, “Awesome, how can I help?”. Her motivation and compassion are a huge part of what made SEW for SOS what it is today.

We were inspired to start SEW for SOS by the tough time Luke was going through when recuperating from his broken arm. He faced a possible surgery and started thinking, "If I think this is tough, imagine what the kids whose parents are getting divorced and the kids who are struggling with cancer, imagine what they are going through." We then were inspired to help people who were going through difficult periods in their lives like Luke was. Many of us had sewn pillows in the library before, but only as a hobby, and it was Luke’s experience with surgery that gave us the idea to use them to make a positive impact.

Why We’re Doing It

All the students working on SEW for SOS have so much enthusiasm about our project because they had previously wanted to make a positive change in their community, and SEW for SOS helped them find their voice. For example, Connor Romanosky, a fundamental part of our initiative, was one of the first students to participate. Connor heard about it, he liked the idea, and now comes in every day to sew and help other participants.

What We’ve Done So Far

In only three months, we have sewn and sent approximately 300 pillows nationwide. SEW for SOS has been featured on NBC 12 (WWBT) and the national NBCnews.com. We have even formed partnerships with many well-known organizations, including NAMI (National Alliance on Mental Illness) and Operation First Response.

Who We Want to Work With

We want to work with inspired and motivated students who want to make a change in their community. SEW for SOS is looking for student representatives to help us bring our organization into communities and schools around the country.

We are impacting those who are struggling through hard times in their lives. SEW for SOS is helping war veterans, victims of depression, hospital patients, and others who need a little but more happiness in their lives. 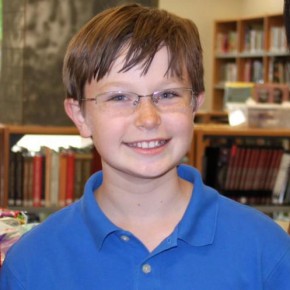 Luke Tyson is a seventh grader at Collegiate School and the leader of SEW for SOS. Math and science are his favorite classes. Luke also enjoys soccer and holds a black belt in two different types of Taekwondo. When he grows up, he wants to be an entrepreneur and own his own business. 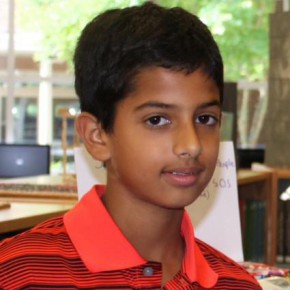 Deven Pandya is a seventh grader at Collegiate School and the technology mogul of SEW for SOS. Deven is a math whiz, an avid reader, and a passionate learner. He is serious about education, and school is very important to him.

Our main goal through fundraising with Sponsr.Us is to bring SEW for SOS into other schools in the Richmond area. We need to raise 500 dollars to help provide supplies to schools who may be interested in partnering with us.

If we reach this goal: we will be able to give basic supplies to three schools potentially interested in spreading our initiative, and also cover postage costs which will give us the freedom to send pillows nationwide.

Pillow count increase: we estimate that we will be able to triple our "pillow production" if we reach this goal.

If we reach this goal: we will be able to provide supplies to two additional schools, and cover more postage costs.

Pillow count increase: we expect that we can make 1,000 more pillows this year if we reach this goal.

If we reach this goal: we will be able to provide supplies to an additional school, and have the postage to send out around 300 more pillows this year.

Pillow count increase: we expect to make 500 more pillows this year if we reach this goal.